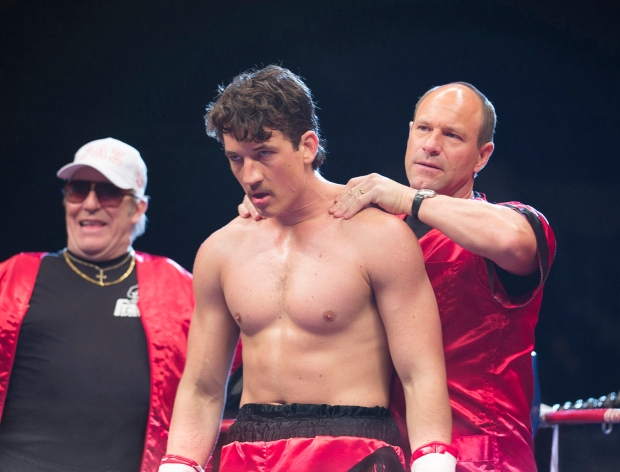 “I wouldn’t be surprised if this movie wins an Oscar,” a movie-goer was overheard saying after watching Bleed for This. “It was one of the best sports movies I’ve ever seen.”

Full of suspense, and not a little quirkiness, Bleed for This is a powerful story based on true events. Vinny “The Pazmanian Devil” Pazienza (Miles Teller) wins a risky title boxing championship, only to be nearly paralyzed in a subsequent car accident. The tale unfolds as he works through his injury to try and become a title-winning boxer again, despite doctors telling him he may never even walk.

“I know exactly how to give up, and you know what scares me? It’s that it’s easy.”

Bleed for This keeps viewers on the edge of their seats till the very end with the kind of intense drama that can be appreciated by even those who do not typically enjoy bloody sports movies.

Teller brings his cocky attitude into play as the embodiment of a retro Rhode-Island-style Italian, complete with leopard print thong, sun glasses and fur lined vest. But he also does a stand-up job pulling off this more mature role, full of muscular sex appeal and stamina—a far cry from the teen coming-of-age movies he can usually be found in. Aaron Eckhart also undergoes a transformation from his usual muscular self, playing Vinny’s beer-gut and balding boxing trainer, Kevin Rooney. Teller and Eckhart are a humorous duo, but also full of fight and fortitude as they portray their characters battling the physical and political forces against them. 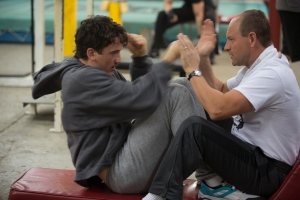 “This story ain’t made up,” said the real-life Pazienza in a pre-released interview. “It’s no joke. It’s all real. I think Bleed for This is going to give people a lot of faith. It’s hard to believe that people are going to look up to little old me from Cranston, Rhode Island, because of this movie. After it comes out, I’ll die happy for sure.”

Bleed for This is a heart-filled film, full of blood, sweat and determination, and sure to garner writer and director Ben Younger much accolades for this rendition of a real-life Rocky. The movie hits theaters on Friday, Nov. 18.